You are here: Home / Archives for Pixar The Office 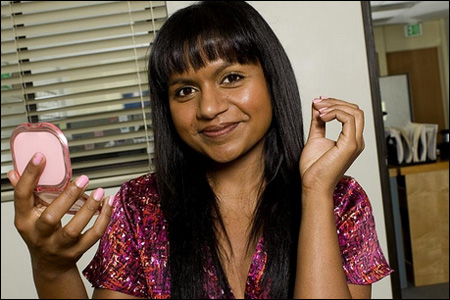 Mindy Kaling, the actress who plays Kelly on NBC’s comedy, The Office, has been known to express her love for Pixar. On Twitter, she has often dropped references to the studio and their films. Back in October, she tweeted her desire to use a Pixar character in an episode of The Office:

Dear Pixar, we adore you. Please let us use a doll of one of your most amazing characters in our Christmas episode, which I wrote.

It was retweeted many times and it seems that people from the animation studio took notice. Yesterday, months after the original tweet, Toy Story 3 director Lee Unkrich sent out a slightly mysterious tweet:

Looking at these two tweets together, it looks like we may very well have an appearance by a certain lovable Pixar character. The possibilities are endless. Small cameo or major part of the story? Viewing how much admiration Kaling has displayed towards Pixar, and considering she wrote the episode, hopefully it will be a fun appearance. We’ll have to wait and see what happens!

UPDATE 1 (12/10/10 12:45 am): As expected, a Pixar character did make an appearance on tonight’s episode of The Office. As video won’t show up online until tomorrow, I’ll be giving a breakdown of the episode below, so consider this a very strong SPOILER ALERT. That means if you have not watched this episode of The Office, and were waiting to watch it, you should probably turn back now as major plot points are dealt with.