You are here: Home / Archives for Patrick Doyle

With most reviews written today for Pixar films, there is this innate drive to compare the studio’s latest with its fantastic catalog. The Pixar name has become synonymous with more than just great animated films – a story that is layered so that both children and adults can enjoy it, characters that you can relate to, smart and creative humor, beautiful visuals – over the last decade, Pixar has become a brand that brings in droves of people expecting another great film. The challenge that arises from that expectation is that instead of weighing the films on their own merits, they are endlessly compared to the films that came before. Brave arrives in theaters tomorrow with much hype about whether it makes for a film worthy of the Pixar name – Pixar film or not, Brave is first and foremost an impressive feature, with a compelling mother-daughter relationship that sits at its core. After the break, you can find my full spoiler-free thoughts on the film. END_OF_DOCUMENT_TOKEN_TO_BE_REPLACED

The world premiere of Brave, Pixar’s latest feature-length film, was held last night in Hollywood, California. Members of the Pixar production staff turned out to celebrate the imminent release of the film. The premiere was held at the Dolby Theatre, which had its grand re-opening, after the sound company took over the naming rights from Kodak. The Kodak Theatre name may sound familiar, as it has been the home for the Academy Awards. Take a look at photos from the animated film’s world premiere after the break! END_OF_DOCUMENT_TOKEN_TO_BE_REPLACED 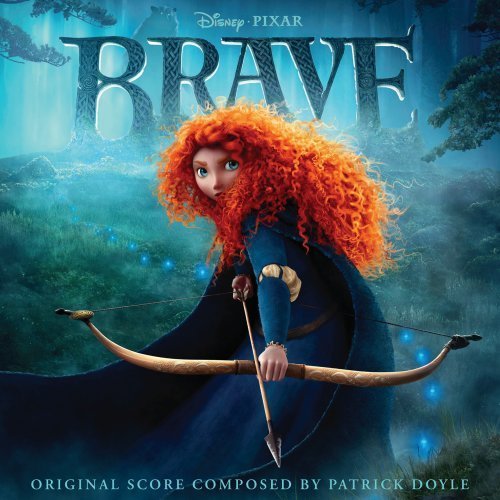 Pixar has an attachment to the composers that it works with, only hiring three to work on its eleven released feature films. However, director Mark Andrews and his team wanted something different for Brave, which is why the Scotland-born Patrick Doyle (Composer for Harry Potter and the Goblet of Fire, Thor) was given the job. Doyle, Scottish Gaelic singer Julie Fowlis, British folk rock group Mumford & Sons, singer Birdy and Pixar’s own songwriter Alex Mandel contributed to a soundtrack which houses three original songs. Find some images and more details after the break! END_OF_DOCUMENT_TOKEN_TO_BE_REPLACED

A few months back, Film Music Reporter broke news that Harry Potter and the Goblet of Fire composer Patrick Doyle would be scoring Brave for Pixar. After Disney/Pixar recently confirmed the composer’s hiring, The Scotsman (via First Showing) had a chance to speak with the Scotland-native about his approach to scoring the film. Read on for more on the research trips that Doyle took, how he would like to honor the land of Scotland, and why he wants to avoid using bagpipes. END_OF_DOCUMENT_TOKEN_TO_BE_REPLACED