You are here: Home / Archives for Monsters University Topiary 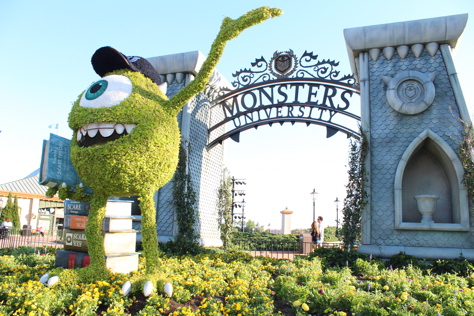 Every spring, Epcot hosts a Flower & Garden Festival at Walt Disney World and places intricately trimmed topiaries of various Disney characters throughout the park. The appearance of Pixar characters such as Buzz, Woody, and Lightning McQueen is a given every year, with the level of their popularity. This year, with the release of Monsters University rapidly approaching, the theme park has put up a great display featuring main characters Mike and Sulley. Take a look at the topiaries after the break!