You are here: Home / Archives for Michael Caine

A spy movie needs that great character who is incredibly resourceful and can get him or herself out of any sticky situation. In Cars 2, Finn McMissile (voiced by Michael Caine) joins the ranks as a master spy with quite a large collection of gadgets. Like a true spy, his design needed to be clever enough so he would not have “Spy” tattooed all over him, meaning he would need to look “normal” at first glance so as to avoid being caught outright by his enemies. The Cars 2 team had their work cut out for them – they would need to make Finn look slick and also have all his gadgets tucked away until he needed them. Read on for a look at the character design of Finn McMissile! END_OF_DOCUMENT_TOKEN_TO_BE_REPLACED

NEW YORK, NY — Feb. 14, 2011 — Disney revved its engines and kicked off American International Toy Fair today as it unveiled the all new Disney·Pixar Cars 2 toy line of more than 300 toys before a capacity crowd of toy industry insiders and members of D23, Disney’s official fan community. Academy Award®-winning actor Michael Caine, voice of the charming and eloquent new Cars 2 British agent Finn McMissile and actress Emily Mortimer, voice of his spy-in-training Holley Shiftwell, were on hand for a panel discussion and were presented with custom-built toys celebrating their Cars 2 characters. END_OF_DOCUMENT_TOKEN_TO_BE_REPLACED 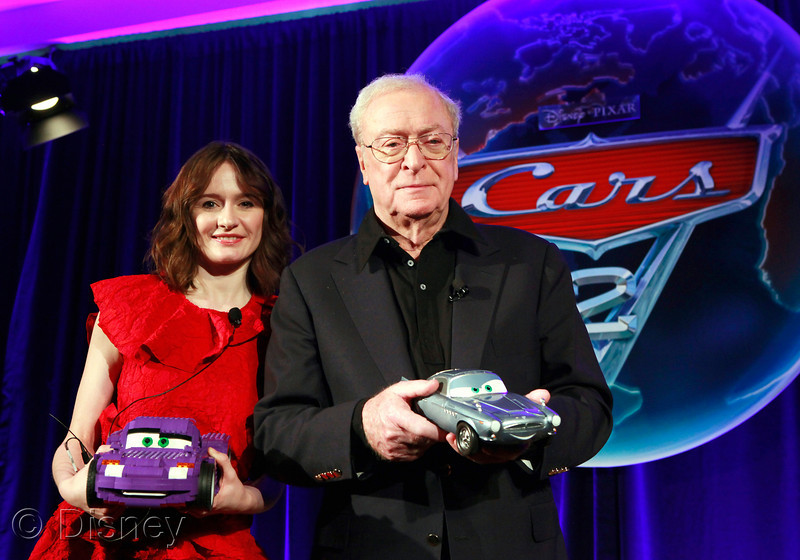