You are here: Home / Archives for Lee Unkrich 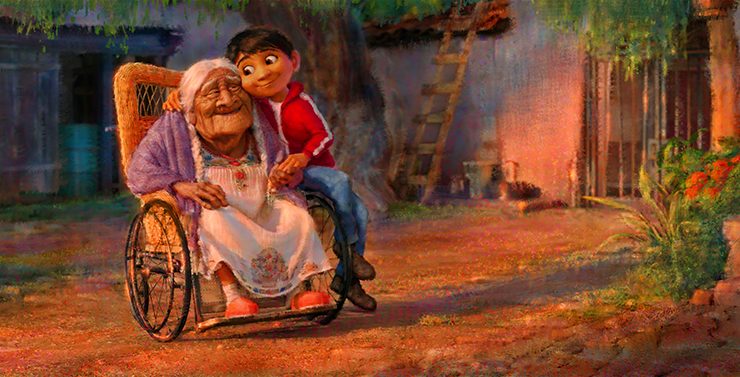 Often times, before viewers watch several Pixar films, they are advised to bring a box of tissues with them to the movie screening – the studio’s films have become strongly associated with tears. Toy Story 2, Monsters, Inc., WALL-E, Up, and Inside Out are often cited as examples. Toy Story 3, directed by Lee Unkrich, is packed with moments where loss and death are themes that lead to people shedding tears. Unkrich, along with co-director Adrian Molina, matches that high bar he set with his latest directorial effort, Coco, a film that tackles the idea of death head-on and manages to make it look easy. Many films stumble with portraying death, but Coco handles it incredibly well – in a moving, hopeful, and inspiring way. I practically sobbed during Coco, for a number of reasons, not only for how beautifully the film juggles the concepts of family and death, but also for how they resonated with me and how I view my family. I have been waiting to write openly about Coco – now that it has been out for a few weeks and millions around the world are seeing this gem of a film, that time to share is here. Please, please do not read this if you have not seen the film, as there are SPOILERS in this article, so it is directed at those who have already watched it – those of you still here, read on. END_OF_DOCUMENT_TOKEN_TO_BE_REPLACED 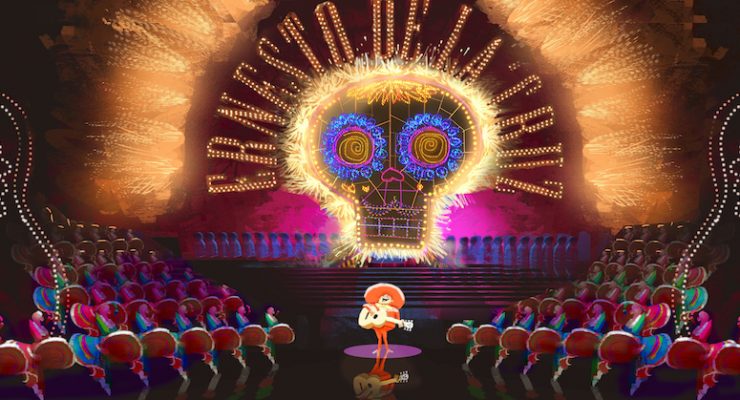 Now that Coco has been released in several countries around the world (the film has already become the highest-grossing film ever in Mexico), audiences are seeing and hearing the gorgeous world of Coco. When I spoke with the filmmakers, including director Lee Unkrich and co-director Adrian Molina, it appeared authenticity to Mexican culture influenced seemingly every decision in making the film. If you speak with those who have seen the film, it seems like the Coco team has succeeded in remaining true to the sights, sounds, and traditions of Mexico. Music is key to the story and it was crucial to get it right. END_OF_DOCUMENT_TOKEN_TO_BE_REPLACED Pixar is known for several things, including having the ability to make audiences weep at will through beautifully told stories featuring great characters. The animation studio is also well-known for sneaking in easter eggs, which are both entertaining for the artists to hide and a pleasure for eagle-eyed viewers to spot. Lee Unkrich, who recently finished directing Pixar’s latest film Coco, is not shy in expressing his love for Stanley Kubrick’s The Shining. Actually, the director placed several references to the Kubrick film in his first directorial effort for Pixar, Toy Story 3. Now, he has done the same for Coco. END_OF_DOCUMENT_TOKEN_TO_BE_REPLACED 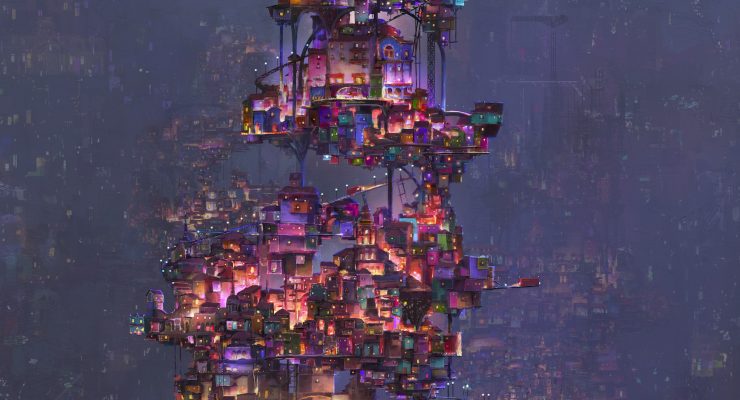 Early this month, I had the opportunity to visit Pixar’s campus in Emeryville, California. While there, I viewed approximately 30 minutes from the studio’s upcoming film, Coco, and learned how the film was made directly from director Lee Unkrich, co-director Adrian Molina, and the rest of the creative team. One of the most fascinating points that I discovered during my two days there was that there is at least one shot in the film that features 7 million lights – the teams working on the film spent years dreaming it up and the results are incredibly breathtaking. Read about the process to bring this magical shot to life after the break! END_OF_DOCUMENT_TOKEN_TO_BE_REPLACED Coco is the first film from director Lee Unkrich since Toy Story 3, which was released in 2010. Coco is the director’s first chance at tackling an original story at the studio, which has many excited, as audiences were wowed by the raw emotion and intensity that was present in Toy Story 3, especially in the film’s third act. Today, we get our first in-depth look at Coco, as the first trailer has been unveiled – watch it after the break.  END_OF_DOCUMENT_TOKEN_TO_BE_REPLACED In Pixar’s early history, we were spoiled – when a film from the studio was released in the theaters, it was usually accompanied by a first look at the next Pixar film. The teasers would provide early looks at the films, which would often be about a year away from release. In recent years, Disney and Pixar have stepped away from this practice, preferring to unveil a teaser or trailer closer to the film’s release date. Another complicating factor is that 2017 is seeing the release of two Pixar films, a rarity, up until this point, that may become a common occurrence in the future. Now we hear that a trailer for the studio’s second film this year, Coco, will be getting a release sooner than you think. END_OF_DOCUMENT_TOKEN_TO_BE_REPLACED

One of Pixar’s best films of the last 10 years is 2010’s Toy Story 3, which was directed by Lee Unkrich. The incredible story, action, and heart in the film raised interest in what Unkrich’s next project would be. A few years ago, the studio announced his next film would be centered around the Dia de los Muertos holiday. When the film’s title, Coco, was revealed last year, few other details about the film’s story were laid out. Today, we learned significantly more about what to expect from the plot. Read more about Coco‘s story, see gorgeous concept art as well as some of the voice cast after the jump. END_OF_DOCUMENT_TOKEN_TO_BE_REPLACED 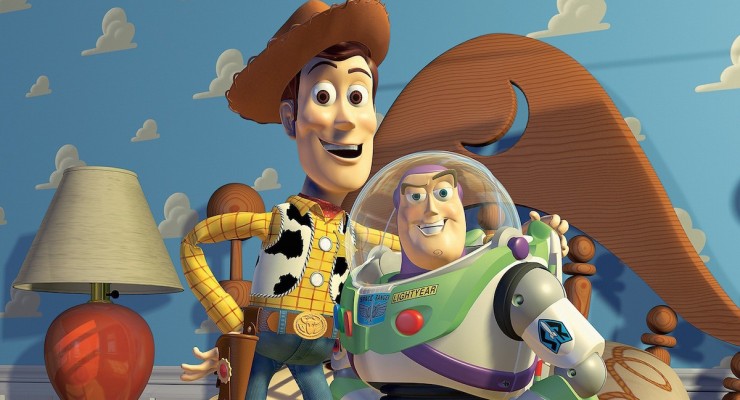 Last year, Pixar confirmed that Toy Story 4 is currently in development. The announcement caught many off guard as although there had been rumors swirling of a fourth Toy Story film, it remained surprising given the perfect ending to the third film. Still, the studio has promised that there is a great idea for the story and while we do not know much, Pixar President Jim Morris gave an interview providing a few more details. Find out what he said after the break! END_OF_DOCUMENT_TOKEN_TO_BE_REPLACED

In its films, Pixar has tackled a broad number of genres, from the buddy comedy to superhero fare and even science fiction. None of those, however, have been musicals. The closest we have seen to a musical from Pixar was the short Boundin’, but even that had a good deal of narration mixed in. The studio’s next short, Lava, in which a volcano longs for love, is expected to be Pixar’s first real musical. The animation house may also be developing a musical feature film now. Find more details after the break! END_OF_DOCUMENT_TOKEN_TO_BE_REPLACED

Last August, we found out that director Bob Peterson had been taken off The Good Dinosaur after the film apparently hit creative difficulties. A group of Pixar directors including Lee Unkrich (Toy Story 3), Mark Andrews (Brave), John Lasseter (Toy Story), and the film’s original co-director Pete Sohn took over. We still do not know who took over as lead director (if anyone did, that is), but we hear that the film’s story has been overhauled. Find more details after the break! END_OF_DOCUMENT_TOKEN_TO_BE_REPLACED