You are here: Home / Archives for Incredibles blu ray

Disney/Pixar just updated their YouTube channel with a video promoting the upcoming release of The Incredibles on Blu-ray. The video previews of one of the bonus features, officially dubbed “The New Nomanisan Island Redevelopment Plan.” Additionally, for the fun of it, I have attached a second video which was created for the original release of the film on DVD. Check them out here. END_OF_DOCUMENT_TOKEN_TO_BE_REPLACED 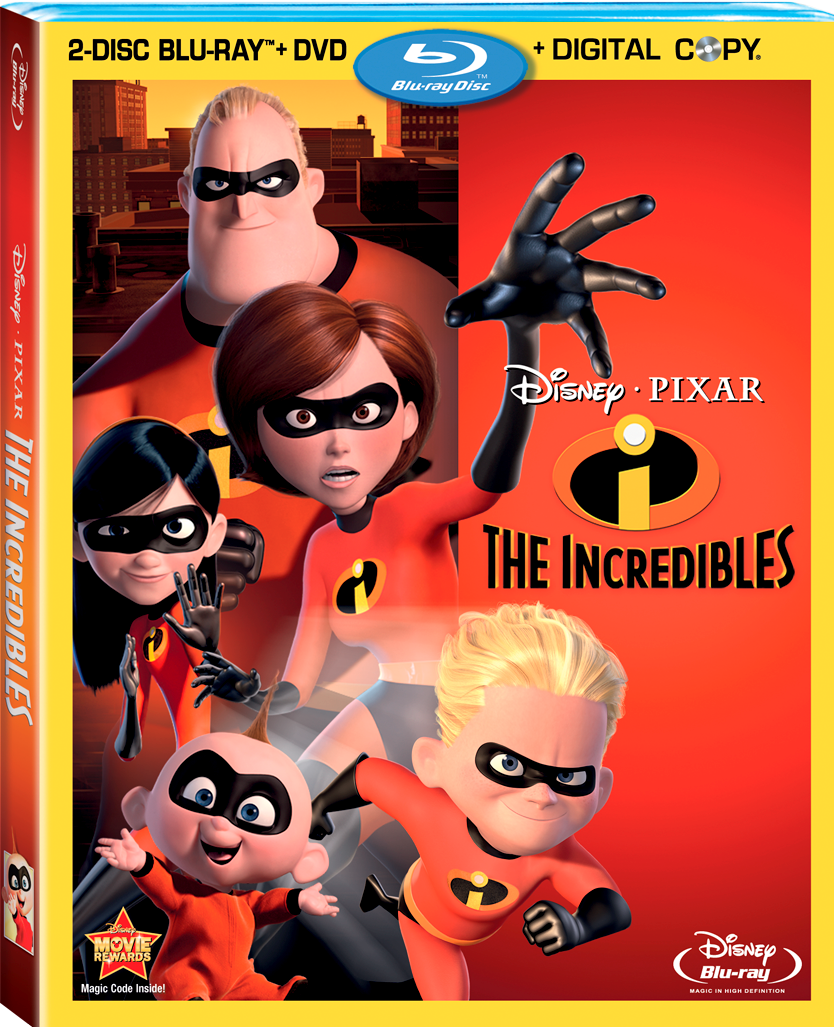 BURBANK, Calif., February 10, 2011 – THE INCREDIBLES, everyone’s favorite family of undercover superheroes and Disney•Pixar’s two time Academy Award®-winning animated feature film (2004 Best Animated Feature Film and Best Achievement in Sound Editing), makes its highly-anticipated Blu-ray™ debut on April 12, 2011. Releasing as a 4-Disc Blu-ray Combo Pack (2 Blu-ray Discs + 1 DVD + 1 Digital Copy), this superset has something for everyone – from the discerning enthusiast who demands nothing less than the highest-quality home entertainment experience, to the family who enjoys the interactive and engaging bonus features that only Blu-ray can provide – making this a “must add” to every home entertainment collection across the nation. END_OF_DOCUMENT_TOKEN_TO_BE_REPLACED 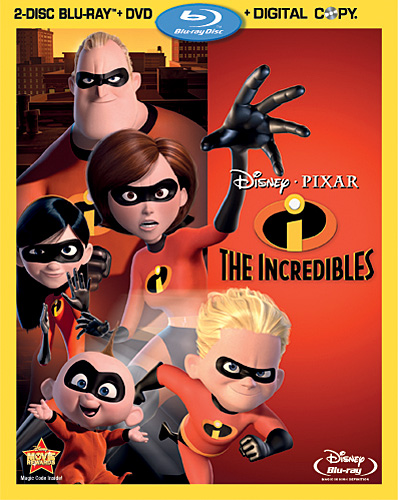 DVDizzy has managed to get some details on the item on everybody’s most wanted list: the Blu-ray release of The Incredibles! The Blu-ray is set to officially go on sale on April 12, (which is confirmed by Amazon, who already has it available for pre-order).

END_OF_DOCUMENT_TOKEN_TO_BE_REPLACED 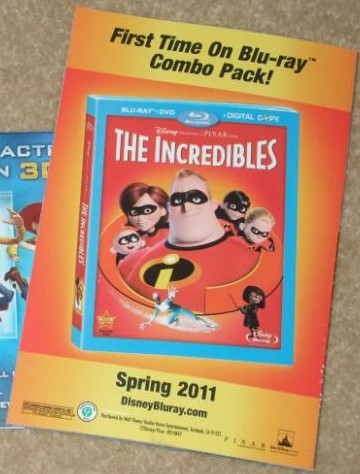 Incredibles fans, your time has come! Pixar Talk came across a forum posting on blu-ray.com that confirms that The Incredibles is coming to Blu-ray in the Spring of 2011. The individual on the forum posted a picture of a flyer located inside of the Toy Story 3 Blu-ray set:

This is our first official confirmation that the Blu-ray set that many have been hoping for is finally coming. Also according to the poster, “Sithlord75,” there is a preview of The Incredibles Blu-ray set included on the Toy Story 3 Blu-ray.

We are now one step closer to all of the Disney/Pixar films having their own Blu-ray set. High definition fans, rejoice!