You are here: Home / Archives for Epic Mickey 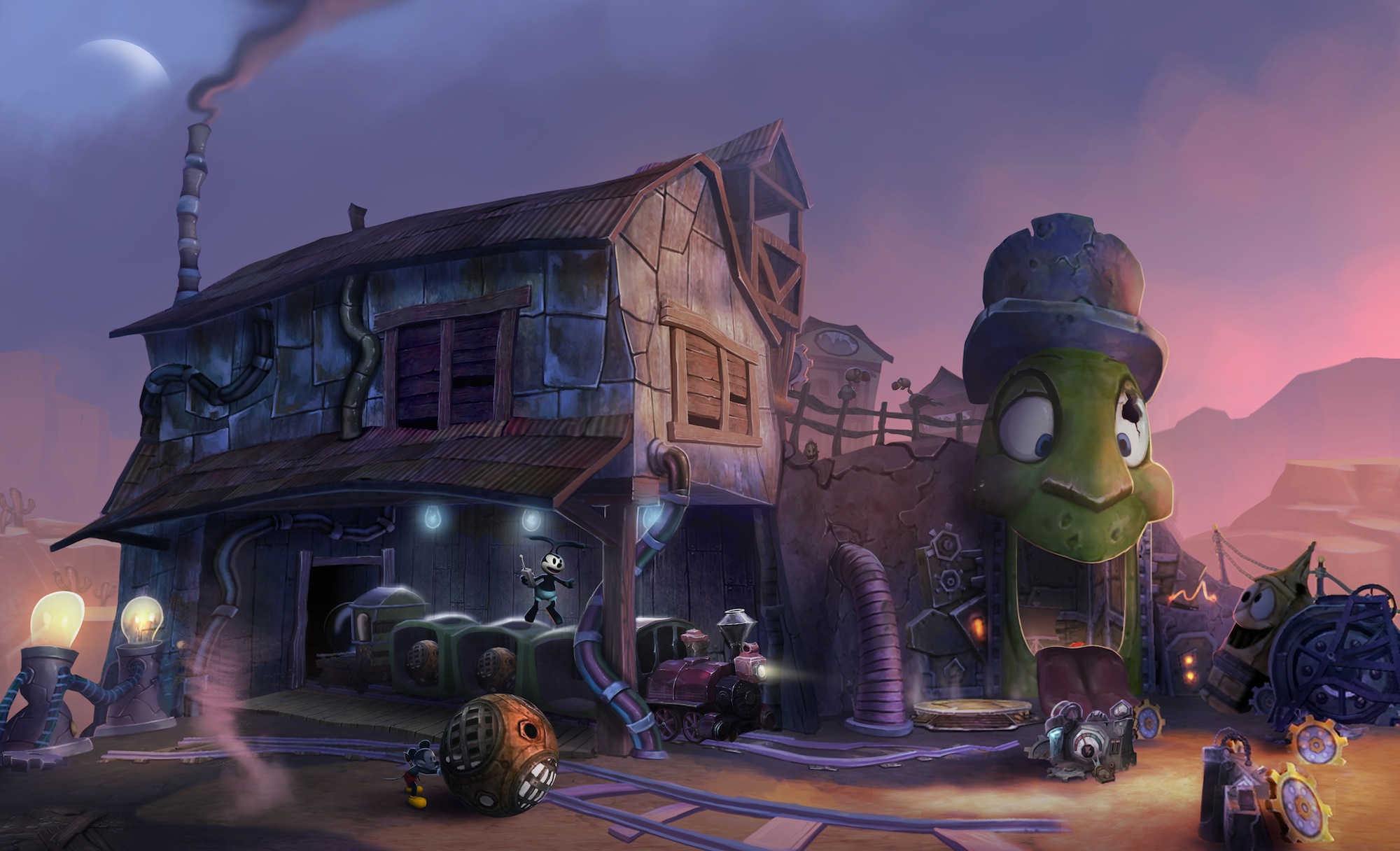 END_OF_DOCUMENT_TOKEN_TO_BE_REPLACED

The highly-aniticipated follow-up to Disney’s hit Epic Mickey is set to arrive in the fall. Although the first game in the series was only available for the Nintendo Wii, Epic Mickey 2 is making a big splash by debuting on all major home consoles. What is special about the games is that they honor classic and long-forgotten Disney characters and locales that we have not seen for many years like Oswald the Lucky Rabbit, who Walt Disney created before Mickey Mouse. Epic Mickey 2 also features musical numbers, channeling classic Disney films. After the break, watch the first musical number from the game in HD! END_OF_DOCUMENT_TOKEN_TO_BE_REPLACED

Mickey and some of the lesser-known Disney characters and attractions are returning this fall in Epic Mickey 2: The Power of Two, the sequel to the Wii-exclusive video game. The sequel will be hitting all of the major consoles this time around and will try to keep the series fresh by making the game a musical. As a fan of Disney’s properties, I cannot wait to see the unique concepts of this game come to life. We have a great behind-the-scenes video for you, which you can check out after the break!
END_OF_DOCUMENT_TOKEN_TO_BE_REPLACED

Those who had the chance to play though Epic Mickey for the Wii were met with an original and creative game starring Disney’s lovable mascot. Although it is not related to Pixar, Warren Specter, developer and chief designer of the game, worked with Disney as well as Pixar to ensure that the game would be an enjoyable and imaginative experience for gamers. Disney has just announced that the game is getting a sequel and it is coming to all major home consoles. Check out the trailer, box art, screenshots, and more details after the jump! END_OF_DOCUMENT_TOKEN_TO_BE_REPLACED