You are here: Home / Archives for Enrico Casarosa 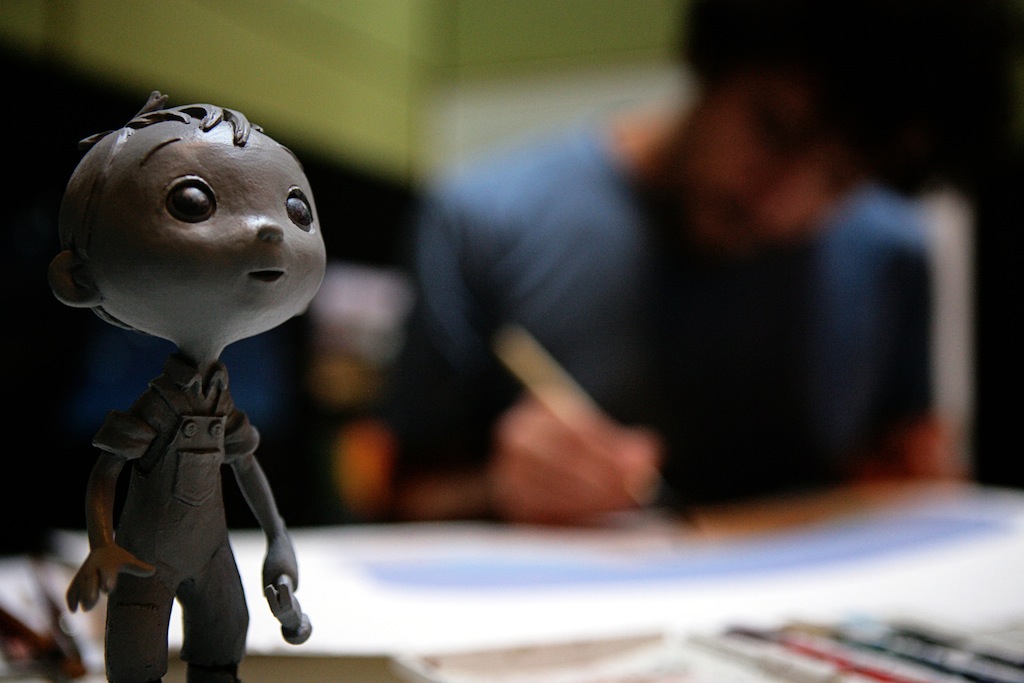 Earlier this week, I had the opportunity to sit down with La Luna director Enrico Casarosa and talk to him about his work on the short that has been generating a good deal of buzz. Topics of discussion include the short’s journey from inception of the idea to getting it made, how Monsters, Inc. and Up director Pete Docter suggested they screen it at film festivals, that the short will be eligible for eligible for accolades this awards season, and the bold visual and sound choices made to give the film a unique voice. We also briefly hit upon a certain Untitled Pixar Movie About Dinosaurs that Casarosa will be working on next. For the first time, I am also including the audio of the interview, so if you would rather listen to our discussion, you have that option. Continue on for my in-depth interview with the director of one of Pixar’s newest (and most magnificent) shorts. END_OF_DOCUMENT_TOKEN_TO_BE_REPLACED

Disney has provided us with a new image from Pixar’s newest short, La Luna. It gives us a closer look at the young boy who is the main character in the 7-minute film. In the Enrico Casarosa-directed piece, the boy accompanies his father and grandfather in their unusual line of work. The audience gets to experience the journey alongside the young character, as it is his first time soaking in his family’s eye-opening job. Take a look at the image in hi-res here! END_OF_DOCUMENT_TOKEN_TO_BE_REPLACED

La Luna was screened on Sunday evening at the Japan Society in New York City in conjunction with the Films For Hope Festival. The one-day festival was held as a benefit for those affected by the catastrophic earthquake and tsunami in Japan on March 11. As part of the centerpiece, the Pixar short was screened along with Dai Sato’s Five Numbers, a short anime piece. La Luna director Enrico Casarosa was there, along with Sato, to provide the audience with an in-depth look at the behind the scenes process of bringing the short to the big screen. Follow fundingwaschools for more info. Read on for some snippets from his presentation! (Note: I have kept it spoiler-free.) END_OF_DOCUMENT_TOKEN_TO_BE_REPLACED

In all the hustle and bustle of the D23 Expo, Pixar quietly screened La Luna during a panel celebrating 25 years of shorts. For me personally, this was a highlight of the entire expo. The short, directed by Enrico Casarosa, has been playing in animation festivals around the world. It premiered at the Annecy International Animated Film Festival in June of this year and will make its theatrical debut in front of Pixar’s Brave next summer. Expo goers were lucky to catch this special screening of the film amid some of the studio’s most popular short subjects. END_OF_DOCUMENT_TOKEN_TO_BE_REPLACED 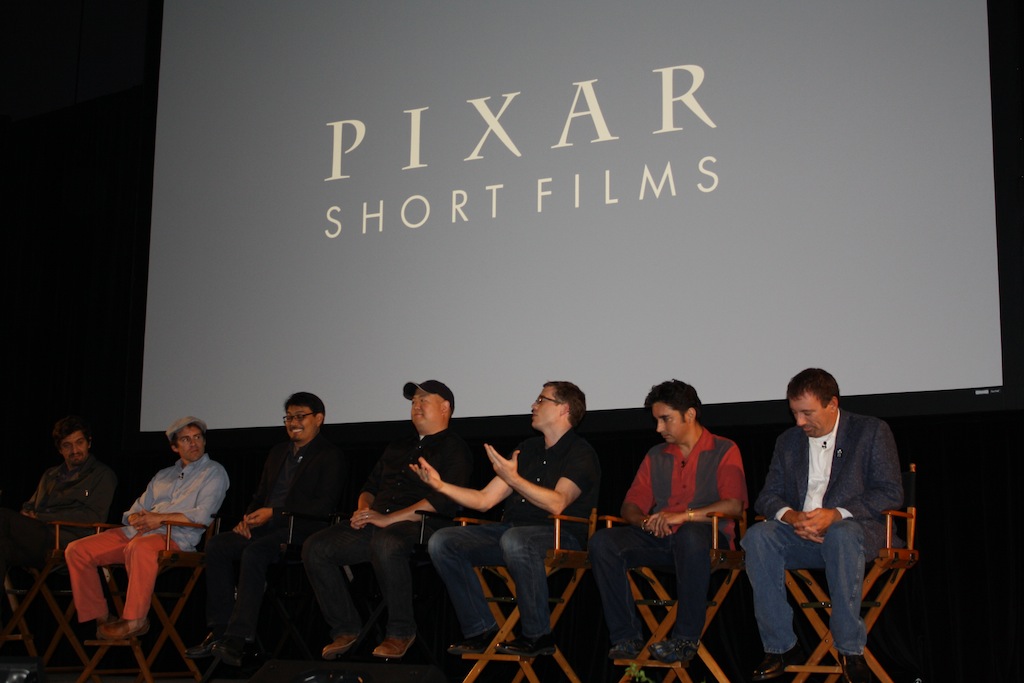 Pixar had a few surprises up its sleeve during their shorts panel at D23, where they showcased many of the studio’s shorts in celebration of the animation giant’s 25th Anniversary. Not only did La Luna play before one of its largest audiences – there was also confirmation from director Enrico Casarosa that the short would play before Brave. Also, while we knew that the next Toy Story Toon would play before The Muppets in November, we had not heard any details about the storyline or even the title of the short. Well, we have news on that now, too – the new short will be called “Small Fry.” Read on for more about these exciting tidbits! END_OF_DOCUMENT_TOKEN_TO_BE_REPLACED

With Pixar’s newest short, La Luna, playing the festival circuit, film fans around the world are clamoring for the short to screen in their backyard. The short enjoyed its world premiere at the Annecy Film Festival in France and is actually playing at the Paris Film Festival on July 7, as part of a celebration of Pixar’s 25 years. The short film will premiere in North America on the opening night of the LA Shorts Fest and will also screen with a making-of talk by director Enrico Casarosa a few days later. Read on for more details about the premiere in Los Angeles and when we might see screenings in other cities! END_OF_DOCUMENT_TOKEN_TO_BE_REPLACED 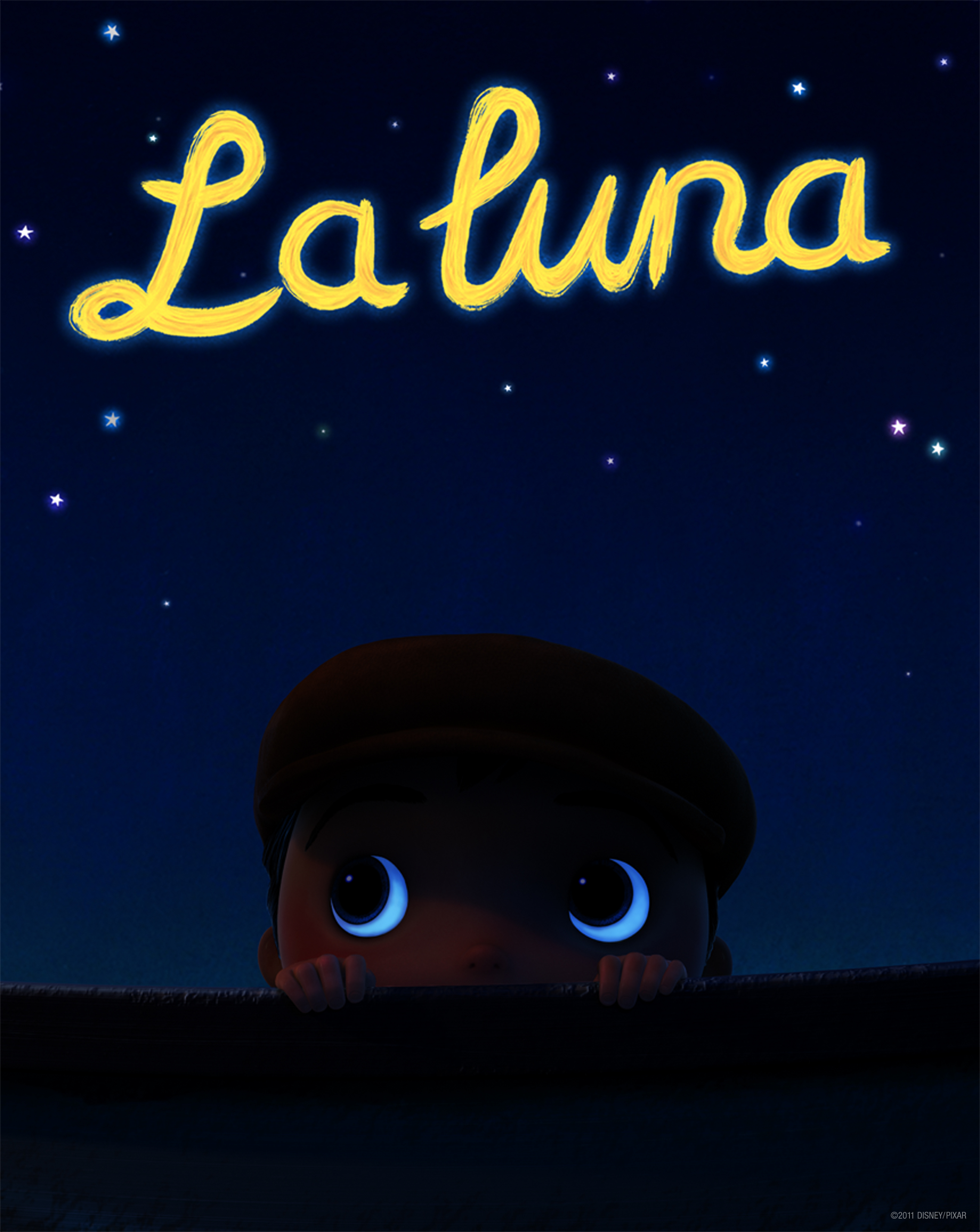 Disney/Pixar France has unveiled a beautiful new poster for Pixar’s new short, La Luna, which just debuted at the Annecy International Animated Film Festival yesterday. According to director Enrico Casarosa, the short was the final film of the festival’s opening night, which we are sure was a great honor. Take a look at the simple yet dazzling hi-res poster for the short. END_OF_DOCUMENT_TOKEN_TO_BE_REPLACED

Attendees of the Annecy International Animated Film Festival in France are in for a real treat this year, as Disney/Pixar has chosen the venue to debut La Luna, a brand new short from the studio. Directed by Enrico Casarosa, the short will premiere on Monday, June 6, giving the general public its first look at the film in action. It was only last month that La Luna was announced to the world, with it officially wrapping production just recently. The first image from the short created a great deal of buzz, as it was a stunning view into what we have heard is a beautiful film. END_OF_DOCUMENT_TOKEN_TO_BE_REPLACED 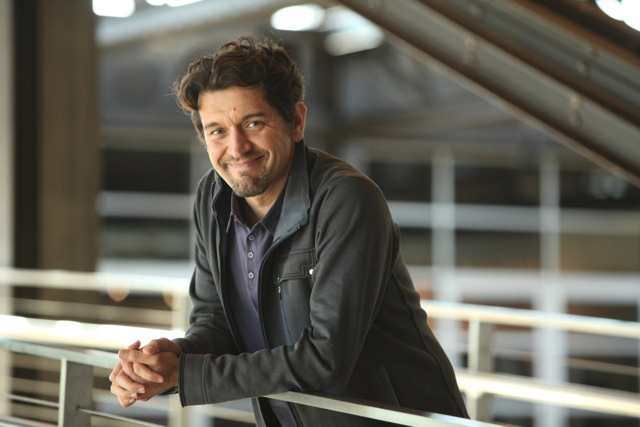 On Thursday morning, news broke on Pixar’s brand new short, La Luna, a film that is set to play in various festivals throughout the year. The short film’s director and head of story, Enrico Casarosa, may not have directed a film for Pixar up until now, but he has spent quite a bit of time working in the animation industry. Disney/Pixar has released an official bio on Casarosa, which you can check out here! END_OF_DOCUMENT_TOKEN_TO_BE_REPLACED

Indiewire shared a huge surprise this morning, as the site has debuted a first look at a brand new Pixar short entitled La Luna. Coming later this year from director Enrico Casarosa, the new short is a “fable” of a coming-of-age story. Read on for a preview of the short, including a synopsis and a first visual look at the film! [Updated with a hi-res image and news on where we will be able to see the film.] END_OF_DOCUMENT_TOKEN_TO_BE_REPLACED