You are here: Home / Archives for day and night book 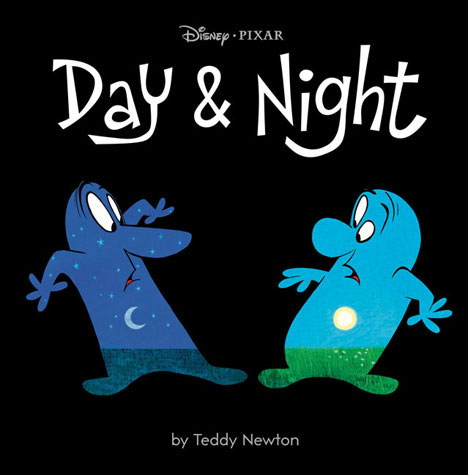 When, Day & Night debuted in theaters alongside Toy Story 3, critics and fans fell in love with director Teddy Newton’s short. Now, there’s a way to own a print version as Chronicle Books has released a hardcover adaptation by Teddy Newton himself.

In my review of the short, I wrote about its genius in length. Teddy Newton gave us a piece that was not scared to challenge the ideas that we may hold. The 40-page accompanying book is another book I look forward to placing on my Pixar shelf.

UPDATE: There is a behind the scenes video that Chronicle Books has released. It’s embedded after the jump. END_OF_DOCUMENT_TOKEN_TO_BE_REPLACED