You are here: Home / Archives for D23 Pixar

Attending the D23 Expo was a last-minute decision. Jerrod was already going to the show to cover it for us, but once all the Pixar panels were announced I had a feeling this year would be special. Well, that was an understatement. At D23, we were shown previously unseen footage and artwork from Brave, learned new details about the story and the characters in Monsters University and the new Toy Story Toon, Small Fry, and were surprised with the announcement of 2 brand new (and totally original) Pixar films. That has to be a record for Pixar news over just a few days! END_OF_DOCUMENT_TOKEN_TO_BE_REPLACED 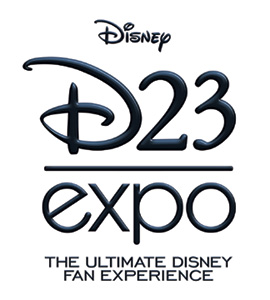 The D23 Expo is a baby compared to many of the conventions that have been around for years. The 2011 iteration is only the second time that this all-Disney event is being held, with 2009 being the first. Walt Disney Studios was already a huge film studio – however, add Pixar and Marvel into the equation and Disney is a monster. Disney, Pixar, and Marvel are all set to hold presentations for their films, making the 2011 D23 Expo a can’t-miss event. When all of the Pixar presentations were detailed earlier this week, the final decision was made – The Pixar Times was going to provide D23 coverage from the Anaheim Convention Center. END_OF_DOCUMENT_TOKEN_TO_BE_REPLACED