You are here: Home / Archives for Cars 2 Video Game Trailer

It is a big week for Pixar and Disney. Not only is Cars 2 coming this Friday, the video game for the film was just released today! So get your gaming keyboards and consoles all set as the game is available for almost every platform out there – XBox 360, Wii, Playstation 3, DS, PC and MAC. I am currently playing through every nook and cranny of the game and will have a review up soon. Right now, I can say that the game is loads of fun, especially in multiplayer mode. Disney and Pixar worked really hard on this game and taking your first spin around the track really helps you see that. Today, Disney Interactive released a launch trailer (in HD), a few more beautiful screenshots, and a full press release, which you can view here! END_OF_DOCUMENT_TOKEN_TO_BE_REPLACED

Disney Interactive has just released a brand new trailer for the upcoming Cars 2 video game. Entitled “The Elite,” the trailer is the most action-packed look at the game yet! Who are these elite characters? Why, they would be Finn McMissile, Holley Shiftwell, and…Mater? Well, you shouldn’t count the tow truck out, as you will see that he truly can go toe-to-toe with Finn and Holley (sort of) when they are in the world of C.H.R.O.M.E., the spy organization that trains its members using simulated missions. Read on to take a look at the crazy trailer! END_OF_DOCUMENT_TOKEN_TO_BE_REPLACED 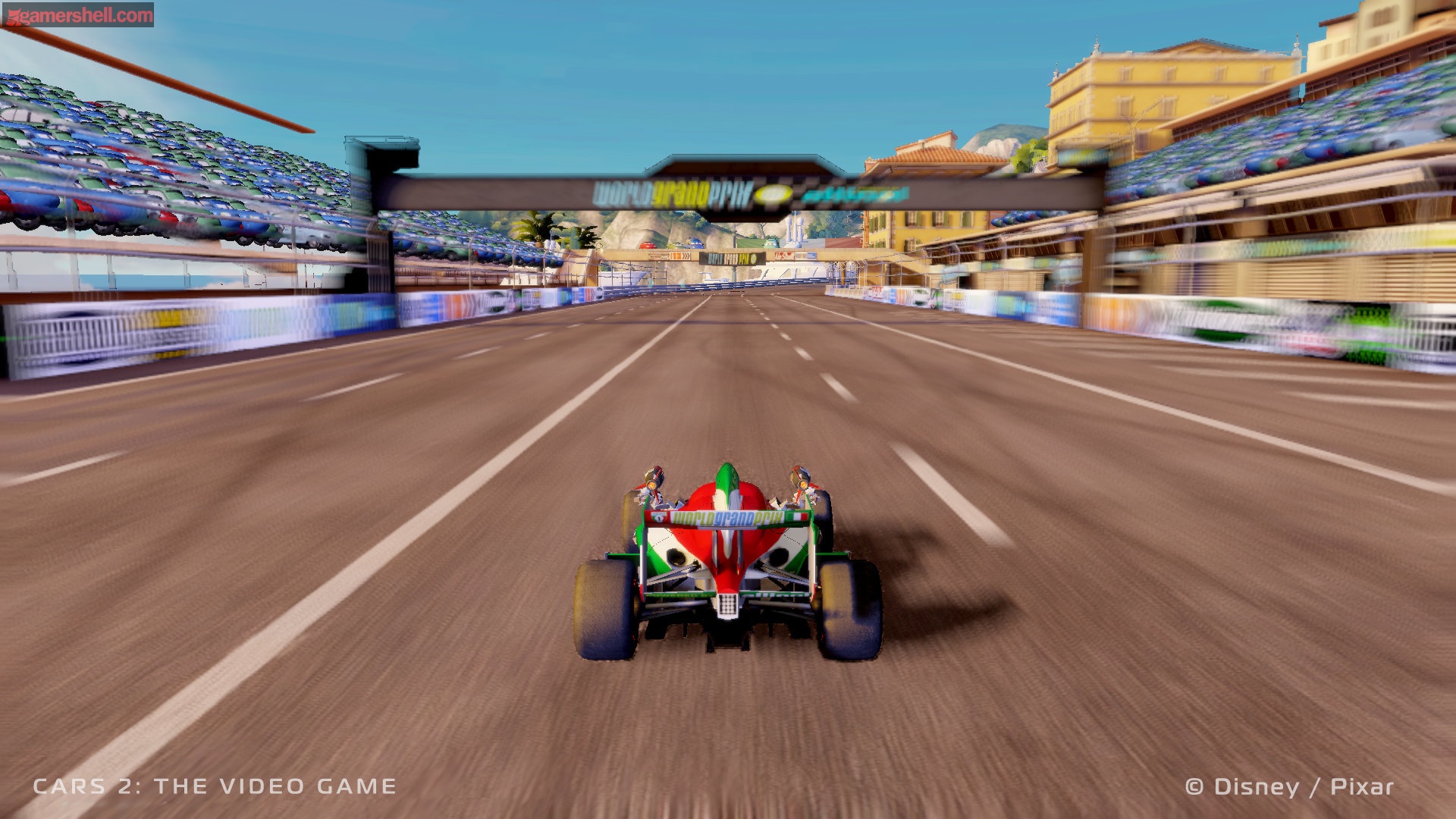 Disney Interactive has just unleashed a new trailer for “Cars 2: The Video Game.” Entitled “Secrets,” the trailer gives us a look at C.H.R.O.M.E., which is the spy academy where players train to become world-class agents. We also get a glimpse at some of the crazy moves that players will be able to pull off in their race to come out on top. Firing missiles? Check. Driving backwards? Check. Ridiculously high jumps? You could say that. Check out the newest trailer for the video game here. END_OF_DOCUMENT_TOKEN_TO_BE_REPLACED