You are here: Home / Archives for Cars 2 Clips

Disney/Pixar released two new Cars 2 clips today – one is a sample of the racing that we will see, while the other shares the humor. In the clip entitled “Japan Fast Dirt Section,” we see Lightning McQueen show off some of the moves he learned in the original Cars from the great Doc Hudson. In the second clip, “Wasabi,” Mater mistakenly identifies a tray of wasabi as ice cream. The punch line is right at the end. Take a look at the clips in HD here! END_OF_DOCUMENT_TOKEN_TO_BE_REPLACED

With less than two weeks remaining until Cars 2 rolls into theaters, there is no stopping the promotional train now. Commercials for the film are popping up fairly often on TV. In addition, Disney has formed partnerships with companies such as State Farm to promote the film, so those ads are also rampant. Today, Disney/Pixar unveiled a new ad which parodies such TV shows as Law & Order: SVU and Dancing With The Stars. Also, a new clip from the film was recently released, where Mater and the gang ride a high-speed train. Check out the videos in HD here! END_OF_DOCUMENT_TOKEN_TO_BE_REPLACED

Disney/Pixar has released a brand new clip from Cars 2, which gives us another look at racer Francesco Bernoulli, who is sure to be one of the hilarious additions to the cast. We have heard director John Lasseter describe Francesco (voiced by John Turturro) as a character who is quite “full of himself” and in this clip released a few weeks ago, his cocky personality really started to emerge. In the new clip, called “Tokyo Party,” the Italian Bernoulli gives us another example of his interesting personality. Check out the clip below in HD! END_OF_DOCUMENT_TOKEN_TO_BE_REPLACED 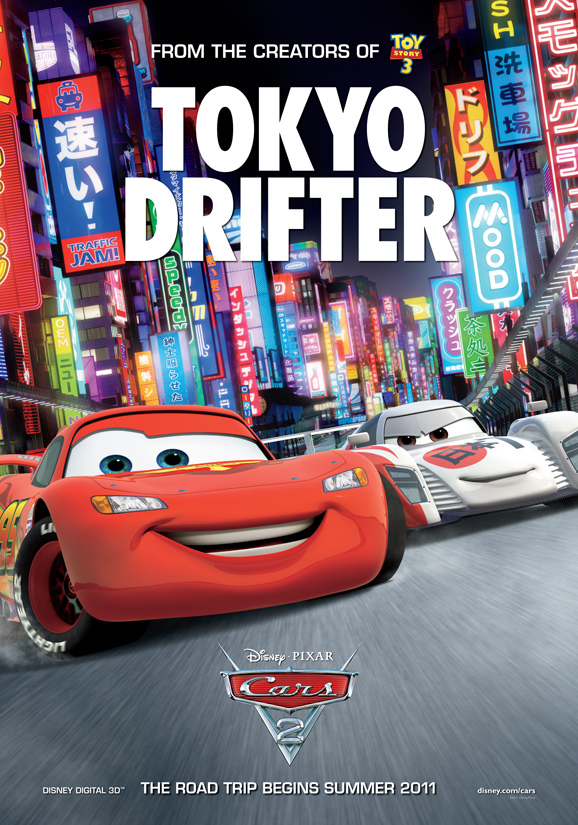 During the past few months, we have seen brief looks at Cars 2, with Tokyo being the prominent location featured in released footage. The question of why we have not seen much from the other locations in Italy and England is a no-brainer – Disney/Pixar is obviously keeping plotlines from later in the film close to its chest. That is a good thing, as audience members will not know the entire story to the film before settling down into their seats in the theater. In the past few days, another clip and featurette have been released, which give us a few more details and glimpses that we had not seen in this depth before. Read on and check them out here! END_OF_DOCUMENT_TOKEN_TO_BE_REPLACED 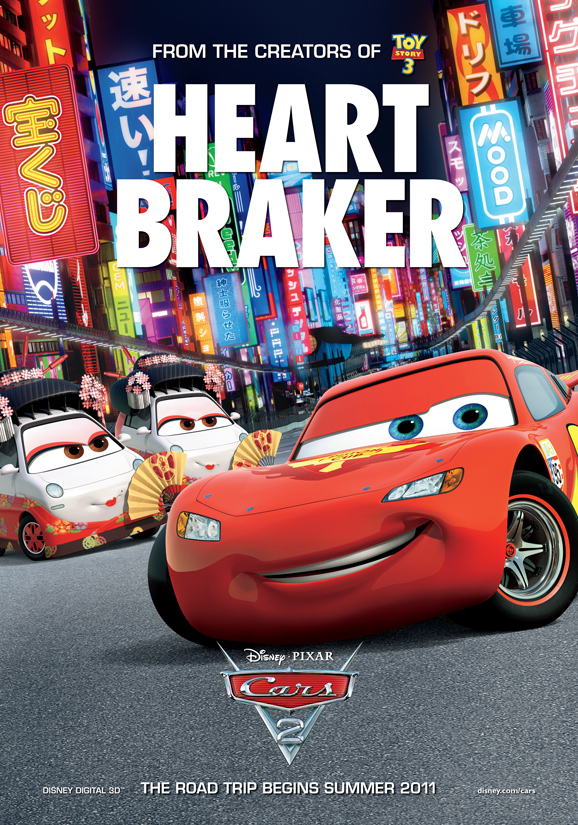 Over the past few weeks, Disney/Pixar has released a few clips from Cars 2. Both of the clips are from the portion of the film that takes place in Tokyo, Japan, the location of the first race in the World Grand Prix. The two clips we have embedded here give us a look at two of the storylines that will be prominent throughout the sequel: racing and culture shock. However, what these two clips have in common is the humor. Francesco Bernoulli and Mater are sure to be two of the driving forces of laughter in this film. Check out the two clips here! END_OF_DOCUMENT_TOKEN_TO_BE_REPLACED