You are here: Home / Archives for Akira Kurosawa 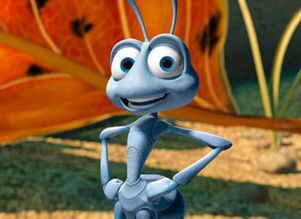 A few days ago, James Cameron announced, for what feels like the umpteenth time, that Avatar will be getting multiple sequels in the years to come. (Originally, it was two, to be released in 2014 and 2015. Now, it’s three, to be released in 2016, 2017, and 2018. Next year, there will be seven planned Avatar sequels, all opening on the same day in 2025. Get excited!) On those rare days when Avatar again dominates the daily entertainment news, it’s sometimes surprising to remember that this movie, the highest-grossing ever, domestically and worldwide, opened less than 4 years ago. Strangely, for a movie that made so much money and, at one point, had a fanbase so overwrought with emotion that Pandora wasn’t real that they exhibited signs of legitimate depression, Avatar hasn’t left an impactful legacy to many people. Not many films do leave a legacy, certainly not compared to the sheer number of films that open each year, but if you make a movie that grosses more than $2 billion, it’s not wrong to presume that it must have left some kind of mark on the world populace.