USA Today has a preview piece up about Pixar’s latest Toy Story Toon, entitled Small Fry, which is set to be released alongside The Muppets on November 23 in the U.S. and Canada. The first details of the short debuted at D23, where we found out that the story involved Buzz Lightyear switching places with a Happy Meal-like version of himself. At the panel, we were able to see a preview clip from the new adventure, but the general public had not yet laid eyes upon it. Today, USA Today has debuted an image from Toy Story – Small Fry, which you can check out here! END_OF_DOCUMENT_TOKEN_TO_BE_REPLACED

One of the greatest reveals at today’s Pixar Short Films panel was the confirmation of the next Toy Story Toon. Entitled “Small Fry,” the short refocuses on Buzz after placing Barbie and Ken in the spotlight for the first Toy Story short, Hawaiian Vacation. Not only did director Angus MacLane provide the title of the upcoming short, he also spoke briefly about the set-up for the short and surprised the audience with a short clip as well. Read on for more details on what we learned!  END_OF_DOCUMENT_TOKEN_TO_BE_REPLACED Pixar had a few surprises up its sleeve during their shorts panel at D23, where they showcased many of the studio’s shorts in celebration of the animation giant’s 25th Anniversary. Not only did La Luna play before one of its largest audiences – there was also confirmation from director Enrico Casarosa that the short would play before Brave. Also, while we knew that the next Toy Story Toon would play before The Muppets in November, we had not heard any details about the storyline or even the title of the short. Well, we have news on that now, too – the new short will be called “Small Fry.” Read on for more about these exciting tidbits! END_OF_DOCUMENT_TOKEN_TO_BE_REPLACED 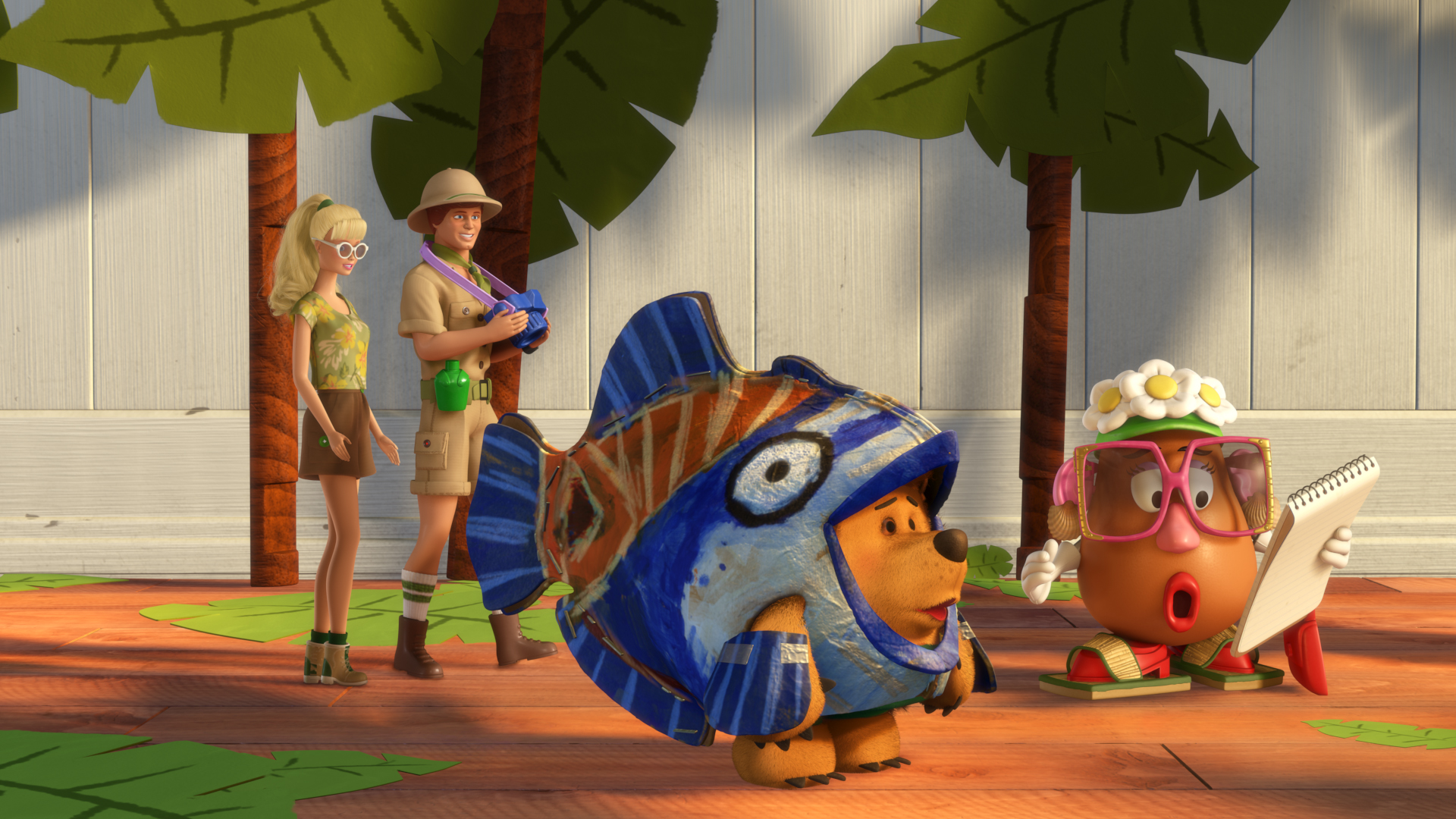 When the credits rolled at the end of Toy Story 3, after composing myself, I began to think that I had just watched one of the greatest endings to a film trilogy. I was happy when Pixar and director Lee Unkrich said that they viewed the third film as the final feature film with Andy. However, the toys have found a way to continue on, in the hands of adorable new owner Bonnie. Continuing the saga of these toys in the medium of shorts sounded like a great idea, as it allowed the feature films to stand on their own as one cohesive animal without the possibility of damage from a sequel. After watching the short a few times, it is clear that we have another great Pixar short on our hands. Check out my spoiler-free review here! END_OF_DOCUMENT_TOKEN_TO_BE_REPLACED Not only is Cars 2 arriving in theaters tomorrow, but Toy Story: Hawaiian Vacation will be debuting as well. While I am currently working on a review of the short, you should know that Pixar has once again turned out a great Toy Story film. It may only be about six minutes long, but it sure is nice to see the gang once again. Disney/Pixar has released a beautiful new still from the short, which you can view in hi-res here! END_OF_DOCUMENT_TOKEN_TO_BE_REPLACED

Toy Story: Hawaiian Vacation recently received its own page on Pixar’s official website, providing us some details and a first look at the full logo for the short. Cycling through the short’s page, you come across three separate sections – “The Tale,” “The Characters,” and “Behind The Scenes.” While we already knew much of what is detailed in those three areas, there are small details that had not been known until now. As somebody who has already seen the short (and loved it), you can rest assured that none of this spoils the plot for the film. Take a look at the logo and some screenshots from Pixar’s website here! END_OF_DOCUMENT_TOKEN_TO_BE_REPLACED

After the success of Cars Toons, Pixar knew it had a method for keeping the Toy Story franchise alive: shorts. Buzz, Woody, and the rest of the gang are some of the most well-known characters in film today and have become an important part of pop culture. On top of that, the toys have become beloved characters to the generation that grew up with the franchise as well as to the new generation of children today. It is not hard to see why Pixar did not want to let go of these characters. Called Toy Story Toons, the first one will make its debut with Cars 2 next month, followed closely be a second, which will accompany The Muppets in November. We have a hi-res image of the Toy Story Toons logo, which you can check out here! END_OF_DOCUMENT_TOKEN_TO_BE_REPLACED 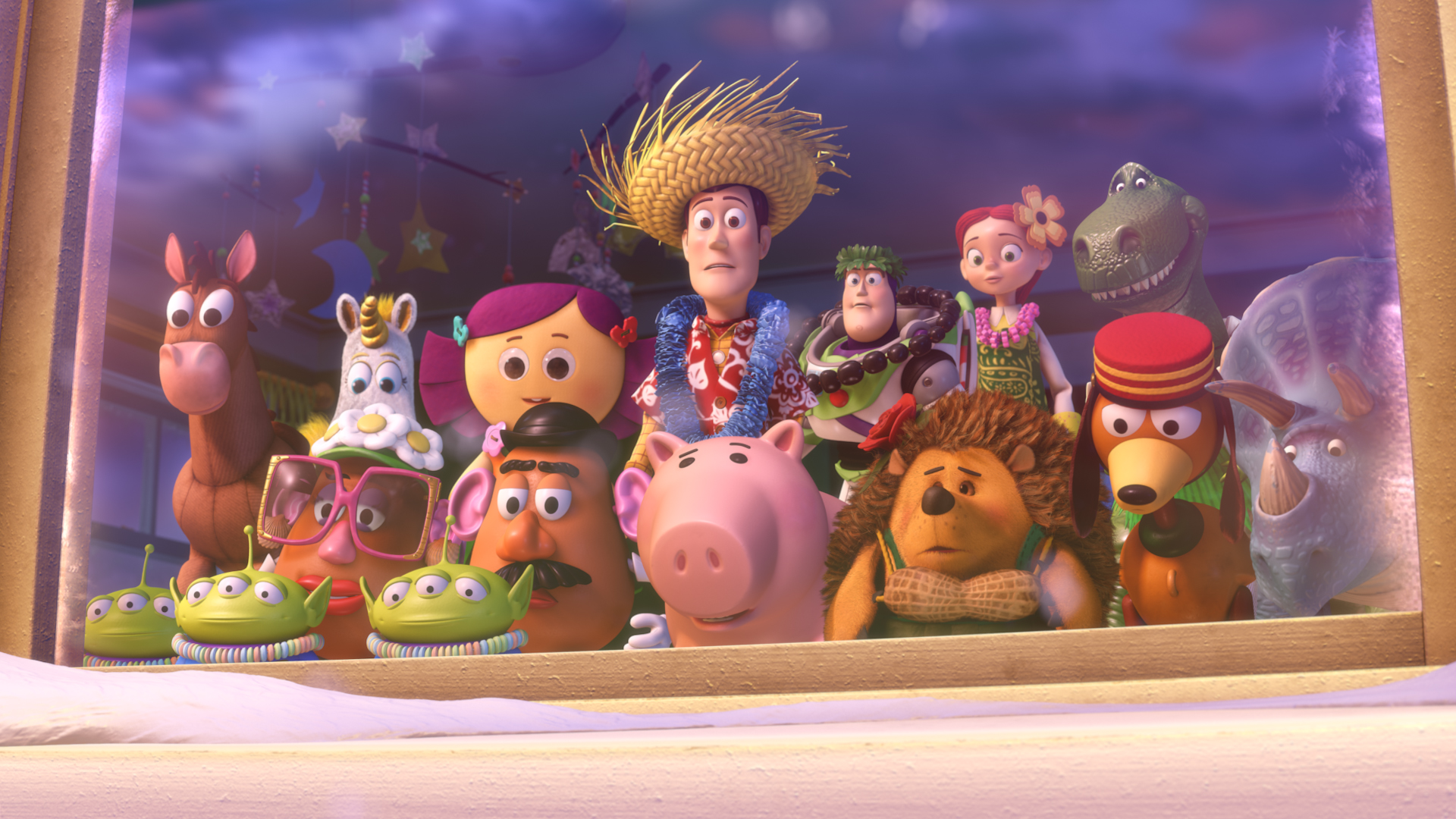 Pixar invited me to their studio in Emeryville last week for an extensive press event for Cars 2 and Toy Story: Hawaiian Vacation. While the second day of the junket primarily focused on the Cars sequel, the first day was all about the first Toy Story Toon. The short is one of two that we will be seeing this year, as the second will debut alongside The Muppets in November. We will likely see more after this year, as the Toy Story short does a great job of transitioning to the format of a short film. END_OF_DOCUMENT_TOKEN_TO_BE_REPLACED 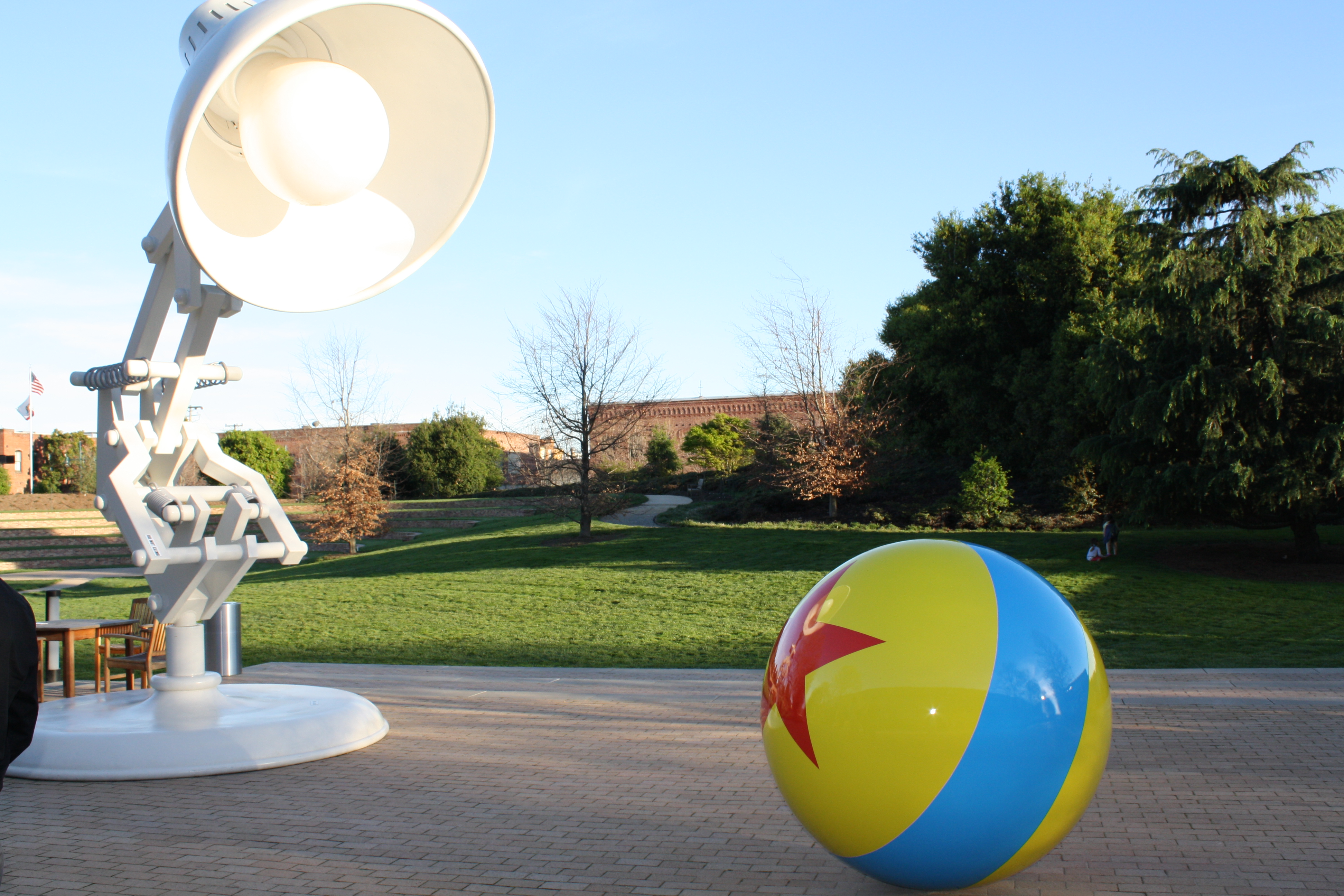 A few weeks ago, I was invited to attend a press junket at Pixar in Emeryville, California, where attendees would be viewing the Toy Story: Hawaiian Vacation short, 26 minutes of Cars 2, and speaking with the filmmakers behind the projects. Needless to say, I was excited and honored by the invitation, which I gladly accepted. Read on for an introduction to the first part of the multi-day media event. END_OF_DOCUMENT_TOKEN_TO_BE_REPLACED Today, in Salt Lake City, Disney held its annual shareholders meeting, as CEO Bob Iger took the stage to discuss the company’s past success and plans for the future. The attendees were also surprised with a viewing of the upcoming short, Toy Story: Hawaiian Vacation. The six-minute short is scheduled to debut in theaters alongside Pixar’s 2011 feature film, Cars 2. END_OF_DOCUMENT_TOKEN_TO_BE_REPLACED